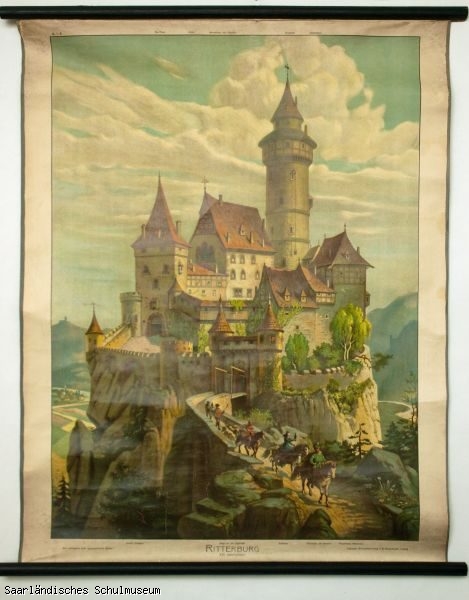 I didn’t mention inside ‘Seven Tales’ where the cover image came from. And that was because I simply didn’t know. I used a public domain scan of the original. But until today, I didn’t know what the original was. I figured it was a fantasy illustration from Victorian or Edwardian times, maybe for a storybook or historical text.

Well, it turns out it, the castle is not from someone’s fancy at all. It is the Lockenhaus Castle which is in Burgenland, eastern Austria. According to Wikipedia, “Settlements in the area of Burg Lockenhaus date to the Stone Age. Illyrians and Celts who settled here are credited with building the castle around 1200 with construction material available locally, although it first appears in written records dated to 1242. Burgenland’s oldest fortress, Burg Lockenhaus was built to defend the area against the Mongols.”

Though castle has been partially destroyed and rebuilt many times over the centuries, the artist obviously took some liberties with the towers and the proportions. But it does sit on a hill – which the locals call Castle Hill – and it was certainly occupied by knights, kings and queens. And yes, it has a dungeon. 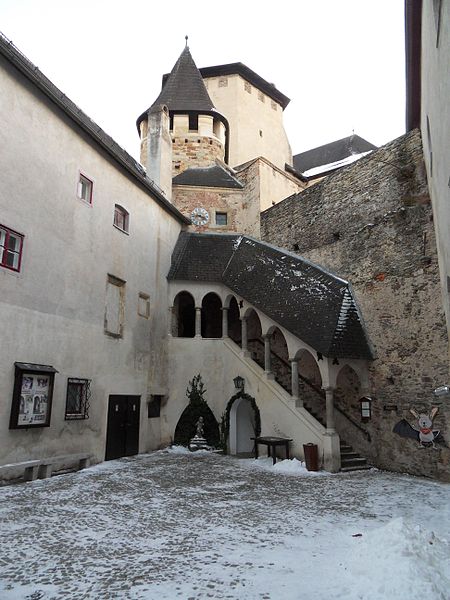 The original picture is a wall hanging and was commissioned by Leipziger School Pictures around 1900 to be used as a teaching aid in schools. The name of the artist is unknown.